Our goal is to provide high quality chiropractic care with a personal touch. Our Chiropractors in Salt Lake City, Utah will make every effort to treat patients as an individual and extend to them the dignity and respect that they deserve.

It is our responsibility as a Salt Lake City chiropractic team to present to each patient a comprehensive chiropractic treatment approach to their health issues. SLC Chiropractors at Canada Chiropractic will clearly explain all the treatment options and help our patient participate in their own healing process.

Here are just some of the services offered at Canada Chiropractic Salt Lake City, Utah 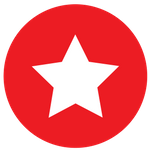 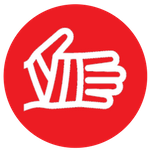 If you have watched the Olympics in the past 10 years you have probably seen Kinesio Tape. Also known as K-Tape, it is the brightly colored tape that the athletes are usually seen wearing on their shoulder or knees. 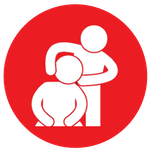 This is a soft tissue therapy that uses small metal tools to assist the clinician to effectively detect and break down scar tissue and fascial restrictions. Graston is a form of massage that we have nicknamed “the butter knife treatment.” . 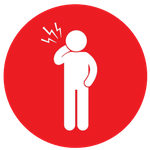 Neck pain is the second most common cause for people to seek treatment from a chiropractor. Just like with low back pain chiropractic care is a very effective treatment for neck pain. 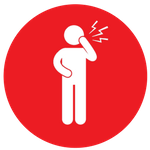 Most people are not aware that chiropractors are able to treat Temporal Mandibular Joint (TMJ) Pain. TMJ issues are usually caused by joint dysfunction and muscle tightening so chiropractic care is a great way to treat those issues. We can usually help get you out of pain in just a few visits. 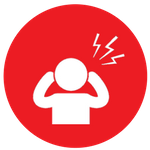 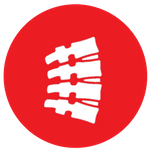 Chiropractic care has been changing for the better over the last few years. It is moving more into science-based treatments and away from the original chiropractic doctrine that subluxations of the vertebrae contribute to most illnesses and diseases. 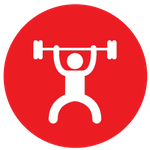 Chiropractic care works well for sports-related injuries. Most athletic injuries are caused by overuse or repetitive movement. Most sports consist of doing the same motion over and over with maximum effort.

What have others said about Dr. Angie at Canada Chiropractic Salt Lake City

About a year and a half ago my car was hit head on by an SUV that was traveling at 70 mph on the Highway. Among other injuries I suffered from severe whiplash and was unable to drive my car or work for 8 weeks. I began physical therapy three times a week as well as seeing a chiropractor twice a week. After almost a year of treatment I was still in constant pain and saw very little improvement to my range of motion or the severity of my headaches. I found Dr Canada last fall and began seeing her on a regular basis. Since then my range of motion has increased significantly, and the frequency and severity of my headaches have been noticeably less. Dr Canada does so much more than just the usual adjustment to my back and neck. She uses laser therapy, taping and Graston therapy working both on my spine and my muscles. I never thought I would see such improvement in my pain levels and for the first time in almost two years believe that one day I will live without pain.

I have known Angie for approximately 20 years. I’ve watched as she’s grown from a high school kid into a truly remarkable adult. Angie has an unquenchable thirst for knowledge and continues to add to her knowledge each and every day. I have watched as she put herself through Massage Therapy School where she learned the intricacies of the human body and started her journey to help heal people in pain and ease their suffering. Now Angie has become Dr. Canada. She wasn’t satisfied with just massage therapy, she moved on to learn the art of Chiropractic and truly became a healer. We have taken my son Chance to her for therapy and has diagnosed and adjusted issues my son has with an old injury. She works well with him and can interact with Chance at his level of understanding. I admire this. Dr. Canada has also offered advice regarding issues with my son’s frontal lobe injury, issues with his autism and supports us in coming up with ideas that may help his journey in life. It is our intention to work with and support Dr. Canada for many years to come. She truly is a blessing to our family.

I have gone to a number of different chiropractors over the years, but never really felt like I was getting the results that I was looking for. The thing I have enjoyed the most about working with Dr. Canada is that she goes beyond the basic chiropractic work that you’d expect. She has helped me with kinesio taping, stretches, cramping issues, posture and so much more. I really enjoy her diversified technique which really gets to the root of my problems. I’ve been extremely happy with the results that I am getting, and especially with how much better I am moving and feeling!

Dr. Angie Canada worked as a massage therapist for 13 years before getting her chiropractic degree from Western States University. She believes in treating the root of your problem instead of treating the symptoms. In addition to chiropractic adjustments Dr. Canada uses a variety of specialized techniques in order to help her patients recover quickly and see long lasting results from each treatment.

Kirsten is from a family of 6 where she grew up in O'Fallon, IL. In high school she played soccer, tennis and basketball. She attended Lindenwood University in St. Charles, MO where she played 3 years of soccer and received a Bachelor of Science in Exercise Science. After she graduated, she attended the University of Missouri St. Louis (UMSL), where she played her final year of collegiate soccer. She then signed a contract to play Professional Soccer in Sweden for Skovde FC. After she returned back to St. Louis, she played on a Semi-Pro team in the WPSL called Fire and Ice Soccer Club, where they won the National Championship in California in 2017. After ending her soccer career, she moved to Utah with her Wife. Shortly after, she attended Logan University in Chesterfield, MO, where she graduated with a Doctorate of Chiropractic in December 2021. In her free time she enjoys playing soccer, lifting, going hiking, going snowboarding and spending time with friends and family. 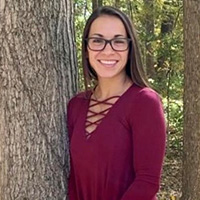 Devon has been with us 10 years and in our opinion is the best massage therapist ever. She Graduated from Utah College of Massage Therapy in 2004. She worked in a variety of high-end spas and massage studios, but was always most comfortable working in a medical massage setting. She prides herself on the ability to address the patient’s individual needs and treat them with the proper massage modality. Devon’s works on patients and non patients alike, but her massages are by appointment only and her schedule fills up fast. So call and book your appointment today. 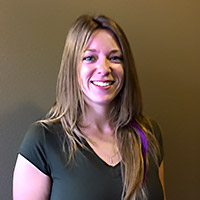 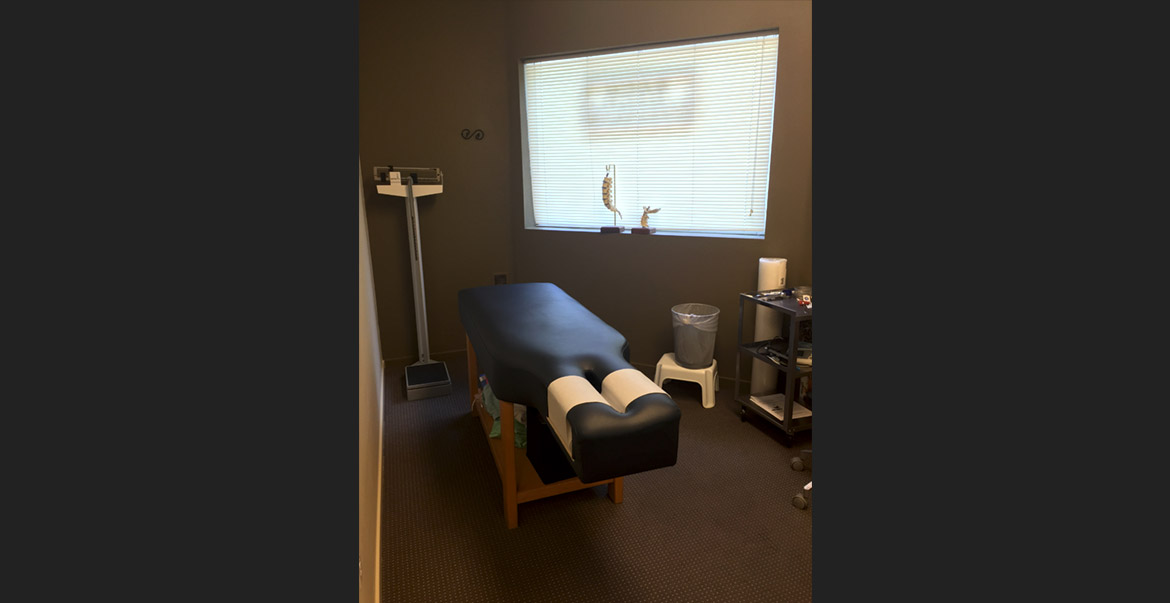 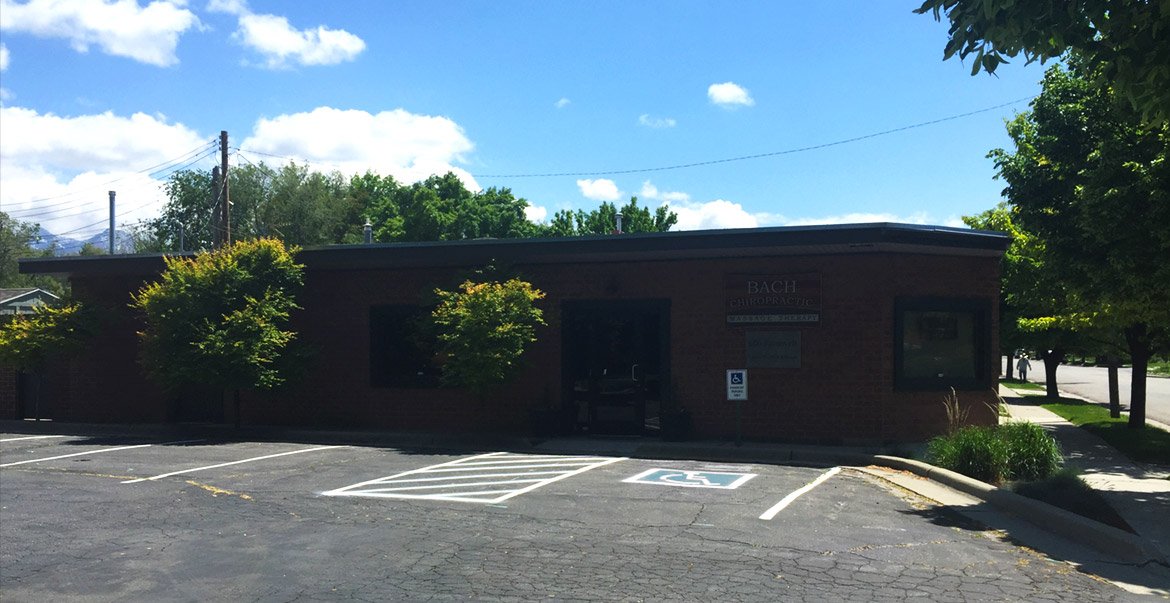 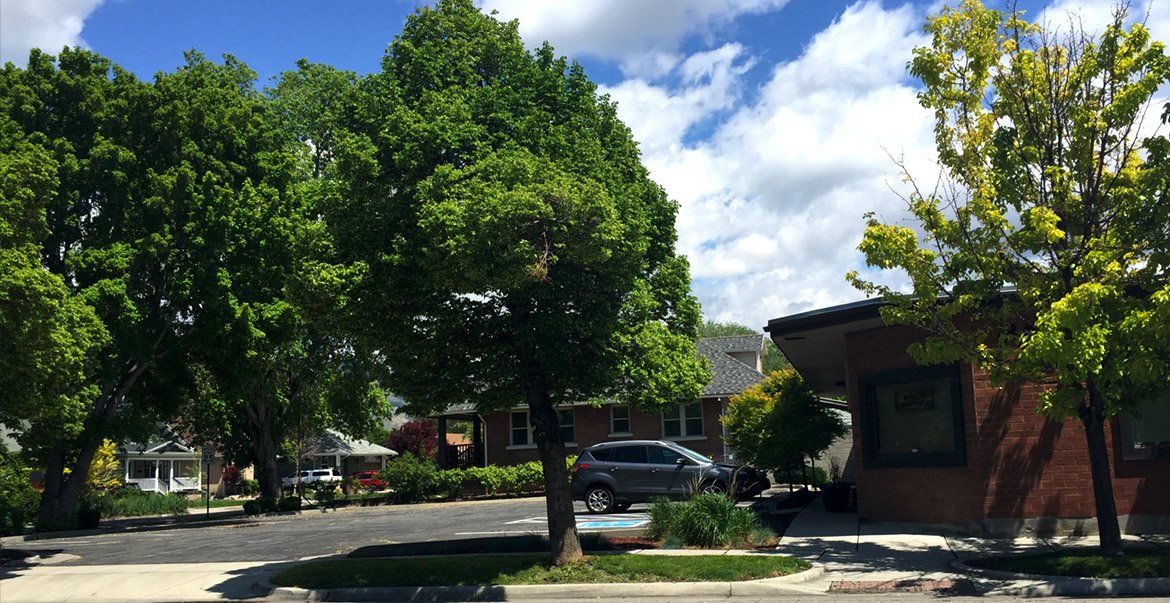 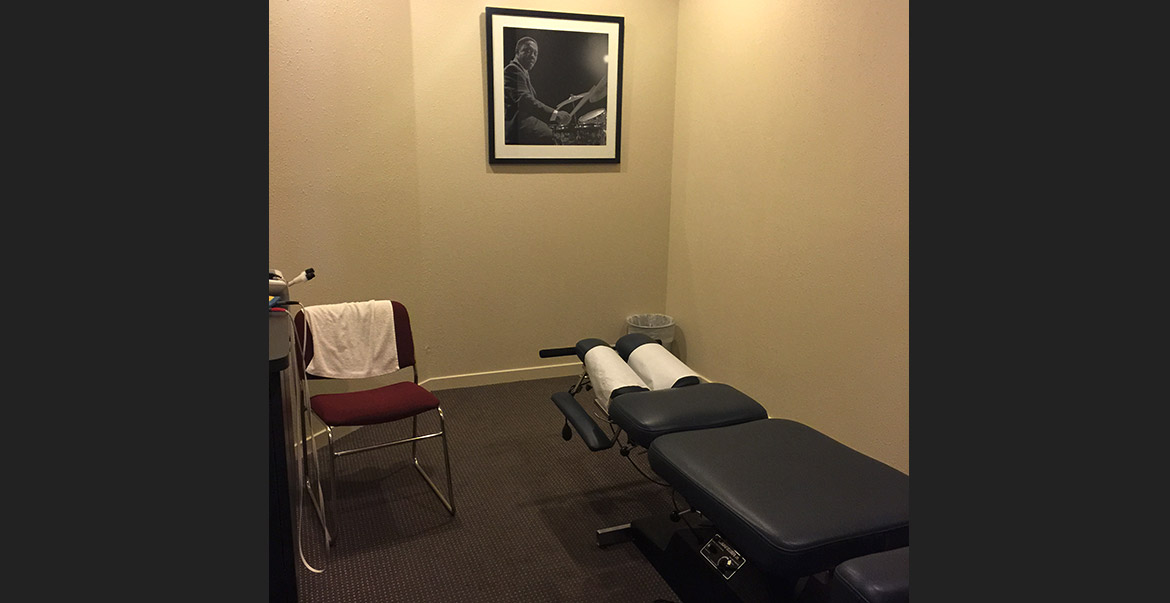 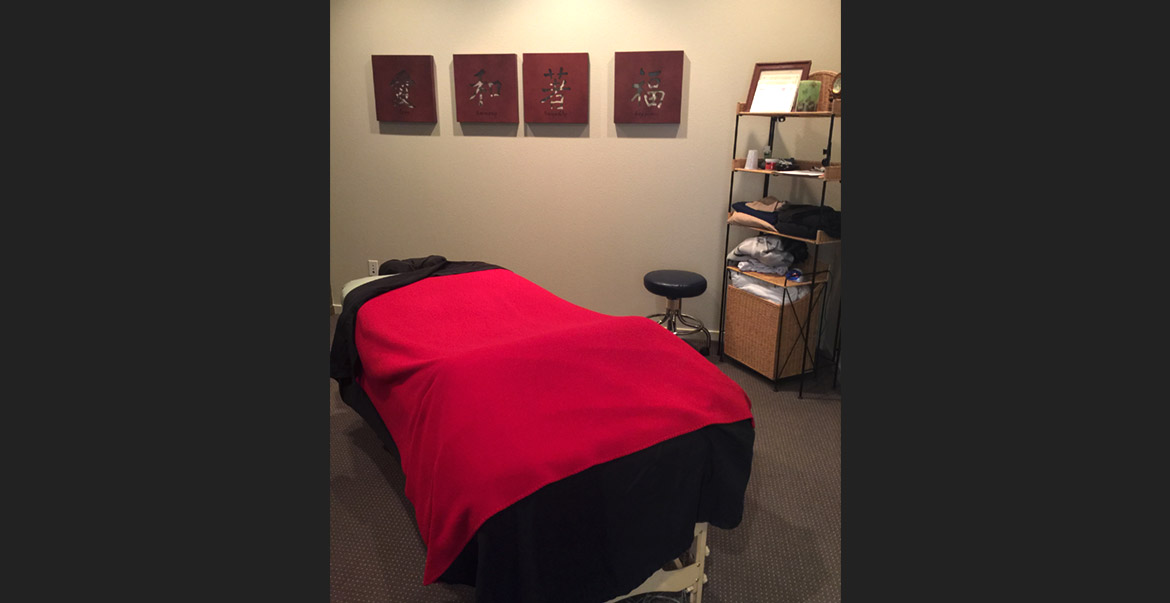 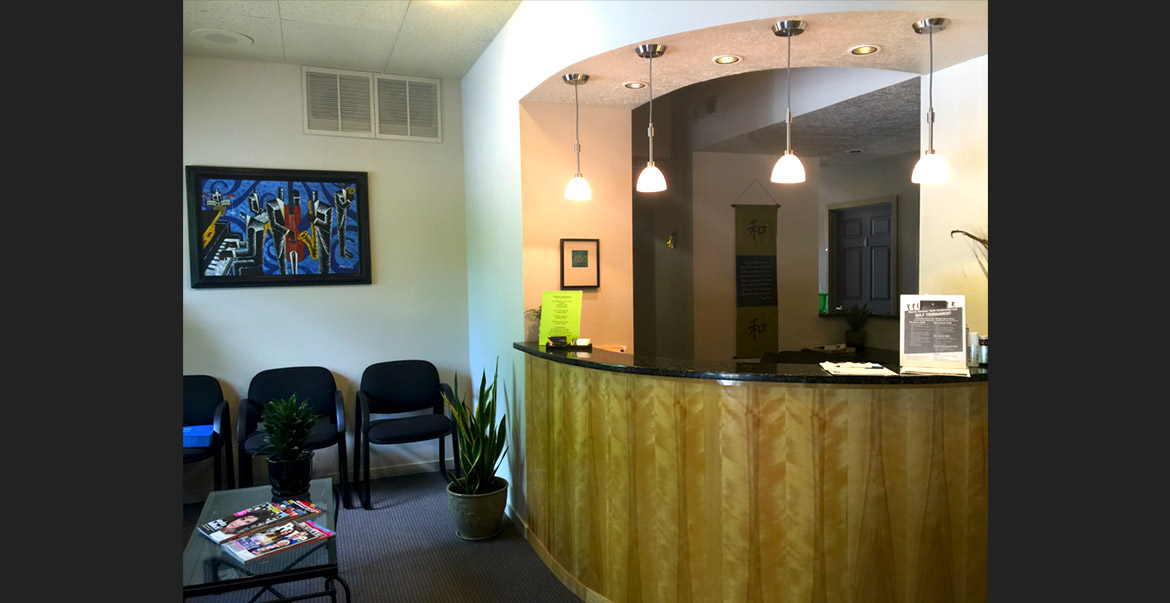 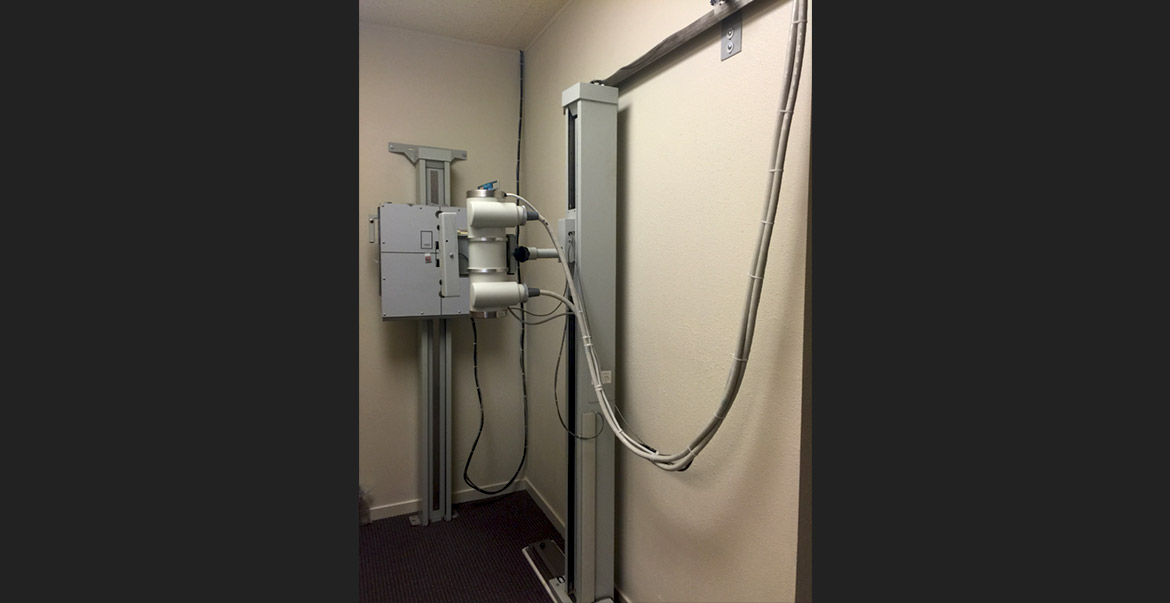